Most people who represent themselves in traffic court fall flat on their faces and lose “big time.” Or, they waste hours of time for little benefit. (like the poor sap who traveled from Maine to Hoboken N.J. to fight a parking ticket.) I see it every day and it saddens me. No offense to anyone, but quite simply, the average person has no clue about how the system works. People accept plea bargains which carry points. People negotiate with the wrong people!

Or, if someone is foolish enough to have a trial, they try to beat the cops with “clever questioning.” Or, even more pathetic, people say, “there is no way that I was going 90…” Against the polished testimony of a cop, this kind of court room antics leads to a guaranteed conviction. Remember, the cops are almost always believed in court. Those cops are in that court every day and they are on a first name basis with the court staff. When the cop walks in and the clerk says, “Hey Bobby, where yah eating lunch today?” then it is time to pack up and go home.

While we are on the topic, save your $14.95 and don’t buy those tempting “Beat your Speeding ticket” pamphlets available on the web. If you do order the pamphlet, make sure to order some mustard too, because mustard goes well with bologna.

Hire me and get a lawyer who knows the system.

Myth: He pulled me over because I have an Out of State plate.
Fact: If anything, out of state drivers are less affected by speeding tickets than in-state drivers. He stopped you because your speed caught his eye!

Myth: If the trooper is not wearing his hat, he is out of uniform and the ticket is invalid.
Fact: No such rule or law exists. Try this argument for a good laugh.

Myth: If the officer makes a mistake on the ticket, it will be dismissed.
Fact: In general, only material mistakes such as the highway, driver’s name, court name, direction of travel, or major discrepancies as to the description of the vehicle may disqualify a
ticket. Minor mistakes will be overlooked. Click here to see how we took advantage of a mistake on a 11 point speeding ticket.

Myth: If the cop doesn’t show up, the ticket dismissed.
Fact: In some upstate New York courts this is true, however in many upstate New York courts and in New York City the officer would have to not show up 2 or more times before it will be dismissed. In New Jersey, it is EXTREMELY rare for the officer not to show up; even if he fails to appear, the matter will likely be rescheduled to allow him a second chance.

Myth: One can plea bargain in New York City 5 boros traffic courts.
Fact: Absolutely no plea bargaining is allowed in the Traffic Violations Bureau. This has been the rule since 1968! Click for more info about this dreaded court system.

In short, the insruance company has their own point system for surcharges.

Example #3 (4 years after the conviction date, the conviction disappears): 1st 6 point ticket is received January 1, 2008, and conviction is entered on Janauary 2, 2010 2nd 6 point ticket is received June 2, 2009 and conviction is entered on June 2, 2011 as of June 2, 2011, how many speeding tickets appear on the record that the Insurance company sees? the answer is: Both appear. License is suspended if 11 points are added to record for violations occurring within an 18 months period. Determination is made based on VIOLATION date, not conviction date.
More Information here:

Personal Injury Accident Attorneys – We got you covered

Personal Injury Accident Attorneys – We got you covered

At our Law Firm, we are extremely proud of our Texas Personal Injury Division. This division is made up of experienced lawyers in the field of personal injury law. Our attorneys are supported by a team of case managers, litigation paralegals, legal assistants and investigators. The division head is Eliza. Associates, an experienced trial attorney, who oversees all cases within this division.

We believe that insurance companies know which law firms try cases and which ones just want to settle at all cost. If you are not represented by a law firm who has a reputation for trying cases, your claim will not receive full value. For that reason, our personal injury division has an aggressive and experienced trial team that will take your case all the way.

We handle each case as if it were going to trial. We do a thorough investigation and we make sure we have all the evidence and work done at the beginning. Because of this, the insurance companies know that we have our facts together and are prepared to go to trial if needed.

Our personal injury practice areas include the following:

Most people who are injured due to the fault of another come from accidents involving cars, trucks, motorcycles, and bikes. However, this can also include injuries arising from falling on someone’s property, animal attacks, slip and fall claims, and generally any other physical injury claim where the injury was due to someone else’s fault. Our firm has a solid reputation for pursuing these claims for the victim. We do not judge our client by the extent of the damage or the injury but rather look to see if the the claim is a fair one. We then attempt to recover for our clients a fair sum for the injuries.

Call our Attorneys today. We look forward to discussing your claim or you can contact us by clicking the link to our website 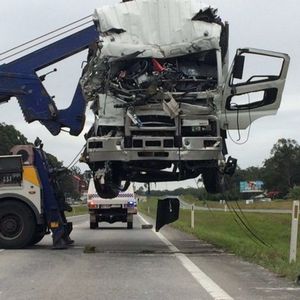 Please be advised that the website is created to disseminate generic information. Under no circumstances should the information be considered as formal, legal consultation or as the start of a lawyer-client relationship. Read More